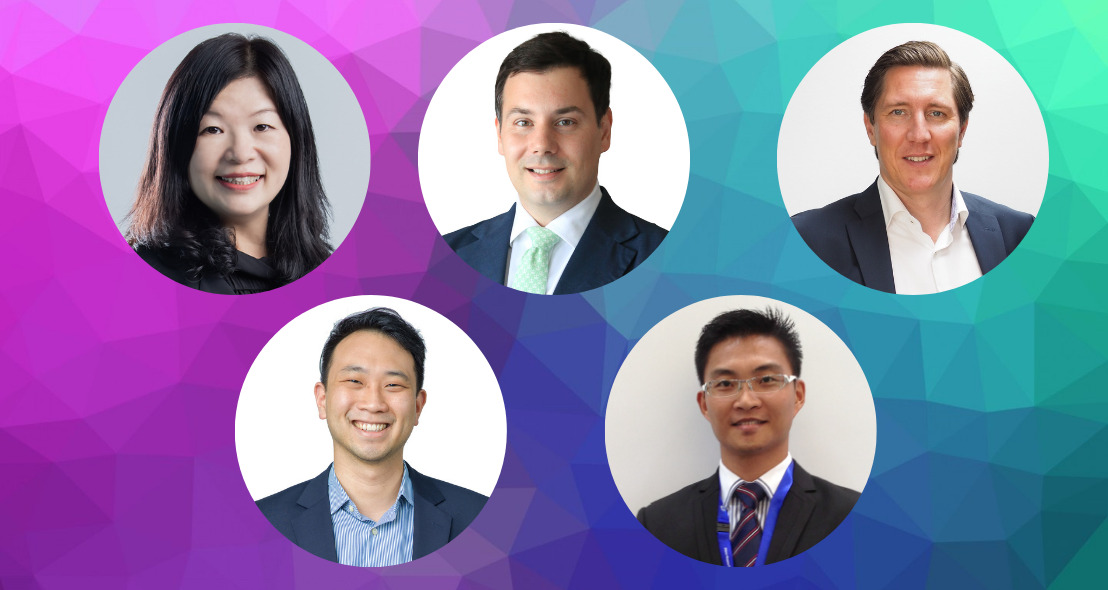 “As we advance our strategic growth plan in ASEAN and beyond, these new key senior management appointments reflect our ambitions to grow our portfolio and build upon our distinctive heritage as a trusted provider of quality industrial products and value-added solutions,” said Per Magnusson, Group Chief Executive Officer of Jebsen & Jessen Group. “I am excited to welcome Gillian to the Jebsen & Jessen family, and the rest of the senior management team as they step into their new positions. Each of them, with exceptional track records, brings with them a wealth of experience that will bring growth and deliver strategic transformation to the Group.”

In her new role as Chief Operating Officer, effective 1 November 2021, Gillian plays a leading role in Mergers & Acquisitions (M&A) projects for Jebsen & Jessen Packaging. She is also in charge of the protective foam packaging business, with managers from Vietnam, Malaysia and Singapore under her wing.

Gillian brings to the role 29 years of experience in the food and food packaging industries, with a wealth of knowledge in operational efficiency and key account management of large global multinational corporations. Prior to joining Jebsen & Jessen Packaging, Gillian served as Asia Pacific President for food and beverage manufacturer Marmon Foodservice Technologies, a member of the Berkshire Hathaway Corporation. Gillian’s recruitment is part of the Group’s programme to build additional senior management capacity and planning for the RBU.

“As the region’s packaging needs evolve, development and investment into innovative solutions will pave the way for sustainable packaging and meet the industry’s needs. I am excited to join Jebsen & Jessen Packaging in a time of growth and expansion, and I look forward to building on the strong foundations and tapping on the deep expertise of the capable and experienced team as we seek to advance our business through key partnerships and acquisitions,” said Gillian Tan, Chief Operating Officer at Jebsen & Jessen Packaging.

As of 1 January 2022, Marc has taken over the reins from Heinrich Jessen, who acted as interim Chief Executive Officer of JJ-LAPP, and is now leading the joint-venture through the next strategic growth phase and driving strong top and bottom-line growth.

Formerly the Chief Strategy Officer for the Jebsen & Jessen Group, and Regional Director of the Turf & Irrigation Division of Jebsen & Jessen Technology, Marc is now directing his full focus towards leading and growing the cable business, strengthening its product offerings and solutions.

Prior to joining the Group, Marc was with Jebsen & Jessen's former joint-venture MHE-Demag in the Philippines for over ten years, where he held leadership roles including Product Manager, Division Manager, Regional Manager, and ultimately President.

“As one of ASEAN’s leading cable and connectivity solutions providers with a strong focus on advancing the business to the next phase of strategic growth, it is an honour to lead JJ-LAPP and work with an incredible team of people to build on the strong foundation and great work of Heinrich Jessen and the JJ-LAPP team. I am excited about our potential for providing innovative connectivity solutions to our customers across and the region, our growth to see us build from strength to strength, and ultimately bring more success to the company,” said Marc von Grabowski, Chief Executive Officer at JJ-LAPP.

Also as of 1 January 2022, Philipp has taken over the role from Marc von Grabowski as Regional Director at Jebsen & Jessen Technology – Turf and Irrigation Division. In his new role, Philipp is responsible for overseeing operations in South East Asia and continuing to grow and build the organisation to better serve customers with total solutions in the region.

Philipp started out in Jebsen & Jessen Ingredients in 2009 in Thailand; He held several regional marketing and business development roles before joining joint-venture JJ-Pun in Myanmar in 2011 as General Manager, and later as Managing Director in 2014. He is succeeded by Ko Ko Maung, former General Manager at JJ-Pun.

“It is an exciting time to join Jebsen & Jessen Technology – Turf and Irrigation as we further strengthen our position as the leading turf and landscaping solutions provider in the region. On the back of the team’s recent successes, I look forward to propelling the business to greater heights and turning commitment into action,” said Philipp Hoffmann, Regional Director at Jebsen & Jessen Technology – Turf and Irrigation.

Lucien has joined the Jebsen & Jessen Group in Singapore as Director of Mergers & Acquisitions M&A) and Corporate Development, transitioning from his position as General Manager at JJ-LAPP in the Philippines. As of 1 January 2022, Lucien is now supporting the Executive Board in driving new business opportunities in the form of M&A and other investments, as well as spearheading Corporate Development and other aspects of the Group's 'Advance & Build' Strategy.

Prior to joining Jebsen & Jessen in 2017, Lucien held various business development roles across South East Asia. After serving as Jebsen & Jessen Group’s Strategy Manager, he had a successful tenure as General Manager of JJ-LAPP in the Philippines from 2018 to 2021, during which he led the company in achieving the LAPP Asia Pacific Excellence Award 2019/20.

Succeeding Lucien as General Manager of JJ-LAPP in the Philippines is John, who has concurrently assumed the position of Regional Head – Renewable Energy for JJ-LAPP on 1 January 2022. John joined JJ-LAPP in 2017 as Business Development Manager, having previously worked as General Manager – Sales Division at Tekmark. An electrical and electronics engineer by training, he brings 25 years of experience in various technical, sales and account management roles within ASEAN.

During his time at JJ-LAPP, John supported specific initiatives in Singapore and Indonesia, and was primarily responsible for the regional development of the solar business. John was also instrumental in JJ-LAPP's attainment of Value-Added Partner status with Huawei in three countries.

“I am excited to be taking on the additional role of General Manager at JJ-LAPP in the Philippines. The Philippines is an important market for us with a growing demand for cable and connectivity solutions, especially in the development of infrastructural projects across the country. As we work towards advancing and growing our business, I look forward to working with the team to drive us through the company’s next growth phase,” said John Hng, General Manager at JJ-LAPP in the Philippines and Regional Head – Renewable Energy at JJ-LAPP.