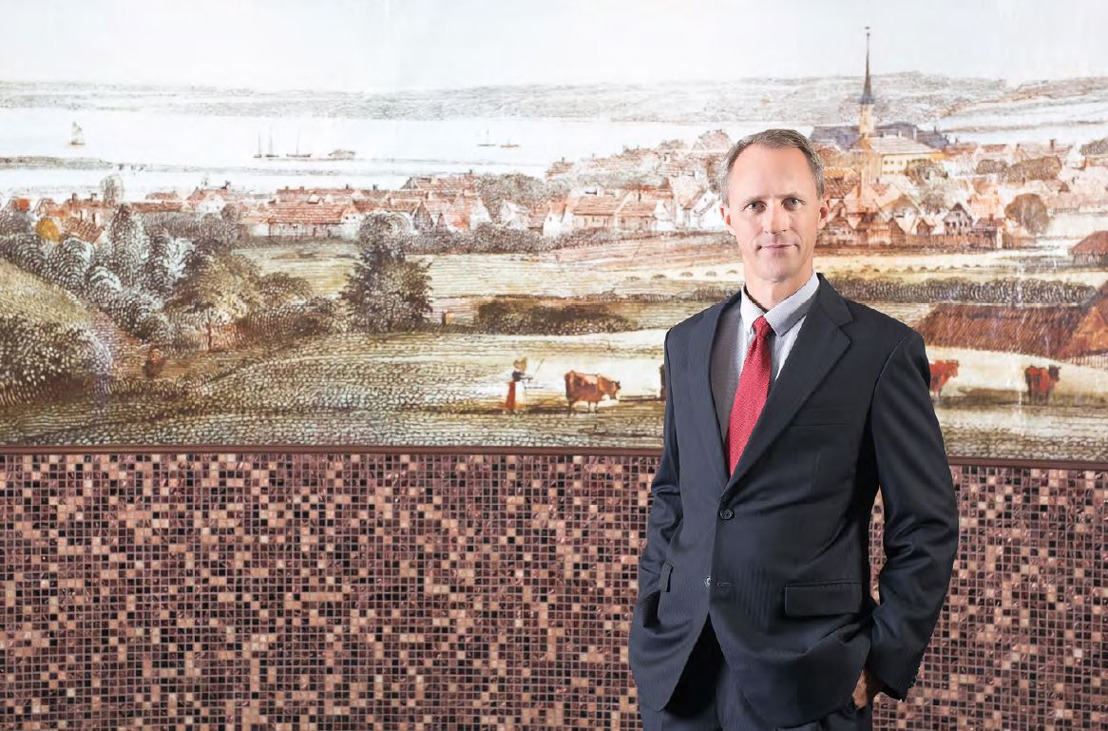 From the coastal town of Aabenraa in what is now Denmark, two young men, Heinrich Jessen and Jacob Jebsen, whose fathers and grandfathers were sea captains, set out on a trading expedition to the Far East in the late 1800’s. The two men who were also cousins proved very adept at bridging the cultures and establishing profitable trading partnerships, and in 1895, they went into business together. In 1909, they created Jebsen & Jessen Hamburg in Germany to facilitate trade between China and their European clients.

The times that followed were marked by turmoil and adventure: With the outbreak of WWI, being a company of German origin proved to be a severe disadvantage when trying to do business in British controlled Hong Kong. Jebsen ships were confiscated, bank accounts were blocked and the family business was nearly wiped off the map. But the experience of rebuilding the business after every setback proved beneficial for its long-term survival. By virtue of its unabated entrepreneurial spirit, the family is about to enter its fourth generation.

Today, there are two separate branches of the family enterprise, one that operates out of Singapore and the other out of Hong Kong. Together, the business has commercial interests in manufacturing, engineering, mining and distribution activities. Serving customers globally the group employs more than 7,000 people.

Tharawat Magazine had the opportunity to speak with 3rd generation member Heinrich Jessen, CEO of the Jebsen & Jessen Southeast Asia Group to discuss his family’s adventurous history and the key to longevity.

Your family business goes back a long way. Much has been documented about the early adventures of your founders Jebsen & Jessen. Why do you think they were so successful in what must have been a foreign culture to them?

They were very entrepreneurial! At the time, many other businesses were focused on bringing “home” goods from China to the West. But my grandfather and his cousin were enterprising enough to say let’s trade in China, rather than just with China. They set up shop in 1895 and chose Hong Kong for their headquarters. They had contacts in the German industry and traded in various technical products in those days. They also seized the opportunities in exporting goods from China to Europe. For instance, the wig industry in the early 1900’s was very big. You had Chinese people selling their long hair which was then exported to Europe. The ready cash came from being shipping agents and traders, but then all the other activities were added on, and the business grew.

The business almost ceased to exist because of the war. Can you tell us about the hardships the family faced during this time?

When WWI broke out, my grandfather and his cousin almost lost everything partly because they were German nationals in a British crown colony. In fact, Jacob Jebsen was brought down to Australia and interned. My grandfather spent the war years in Hamburg and Aabenraa overseeing the tiny remnants of business left over. The business almost ground to a halt. In 1920, the region our family was from had a plebiscite and voted to become part of Denmark. It really saved the company when the founders became Danish citizens. By the time the second World War came, they didn’t have all their property taken away because they weren’t considered enemies within the crown colony anymore. By that time, the business had already transferred to the next generation.

Was it a smooth transition into the second generation?

My grandfather died first and his oldest son, Heinz Jessen, joined the business in the 1920s. When Jacob Jebsen died in 1941, Heinz led the company as the sole shareholder. He died in 1944 at the very young age of 41. On his deathbed, he transferred the ownership of the business to his even younger cousin, Michael Jebsen. The business took off in the 1950’s when they were representing German and Danish companies. They had the best of both worlds. Michael Jebsen then brought his younger brother Hans Jacob, and my father, their cousin AP Jessen, into the business.

Was it predestined that you would end up in the family business too?

I think, as always in these situations, there is a certain degree of expectation. And I think it was always assumed that it would be natural that I should one day come into the business. So when I finished high school, I worked for a while for a company in America, then went to business school for a year. But I woke up one day and just felt that I didn’t want to be a businessman and join the company. I told my father at the time that this was a firm decision. I had a very strong interest in the environment. I went to work for the World Wildlife Fund in Italy and then decided to study environmental studies specialising in tropical botany.

And how did your family react to that decision?

They were supportive. But my father had wanted me to join the company, so while he accepted my decision, I don’t think he was very happy. While I was working in Papua New Guinea as a tropical biologist, I read a lot about the company. As I read the story of our family enterprise, of how it all started, I got excited. In the 1970’s we had changed the business model and had started to go into manufacturing. With that came factories and with factories, came environmental, health and safety risks and impacts. And it suddenly occurred to me that perhaps the company could use an environmental and a health and safety policy. I talked to my father, and he supported that, perhaps because he thought that was one way that I might come back into the business. The company had a management conference every two years, where all the senior managers got together. In 1992 he decided to make “environment” the key topic and invited me to attend as a guest speaker. This was when we first set the focus on the environment.

Before actually joining the company, I went back to University to do my Masters in Industrial Environmental Management. Upon graduating, I returned to Singapore and my first job in the company was to set up an environment, health and safety program which, to this day, is still very much part of how we do business. Looking back, I think it was important to come to the business on my own terms. I think it has created a certain uniqueness for our business. Today, we’re the only carbon neutral company I know of in our part of the world. We did a lot of pioneering work in this area, and I feel we’ve done the right thing.

We have five core business units: Cable Technology, Ingredients, Life Sciences, Packaging and Technology. Through our network of companies spanning 31 locations, including 10 manufacturing facilities in Cambodia, China, Indonesia, Malaysia, Myanmar, Philippines, Singapore, Thailand and Vietnam, our 3,000 people work as one to develop meaningful products and services for the 20,500 customers we serve.