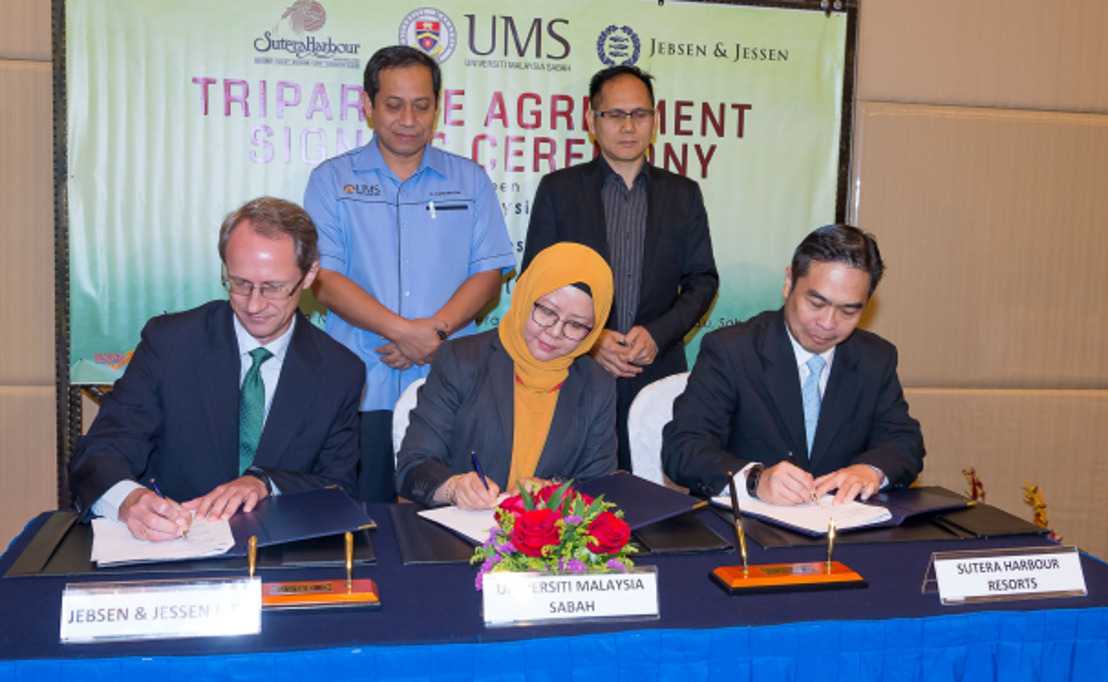 Jebsen & Jessen (SEA), under their annual in-house CSR programme Meet a Green Need has delivered 11 environmental projects targeted at a defined need across ASEAN since 2007. They will be sending volunteers from across the Asia Pacific region, to take part in the project by providing hands-on support.

The implementation of this project aims to increase civic awareness among the public to understand the importance of preserving and conserving the ocean and maritime in order to ensure its continuity in the future.

Some of the activities to be conducted throughout the programme include coral reef and coastal ecosystem surveys as well as beachcombing trips; to establish a baseline database, of the condition and biodiversity of the seascape adjoining SHR, UMS and the Tunku Abdul Rahman Park.

This project, commencing in 2018, coincides with the 3rd International Year of the Reef (IYOR) 2018, which is designated once in a decade. IYOR is a worldwide campaign to raise awareness on the value and importance of coral reefs and threats to their sustainability; and encouraging people to take action by protecting them.

In his speech, Kenneth Goi stated that this project will be a ‘legacy project’ resulting in valuable database for both the public and private sectors, and for all stakeholders, to appreciate and work together, to protect our marine heritage. ‘We are delighted that we have now found a good friend and Champion of the environment, Heinrich Jessen and the Jebsen & Jessen (SEA) Group, to co-sponsor this project,’ he added.

‘Problems facing the oceans have become so massive since the beginning of industrialised age because they are ‘commons’, not ‘owned’ by any single state. Shared natural resources deserve shared responsibilities,’ Prof Dr Rossita Shapawi said in her speech. She added that there is a need for governance to maintain the ocean for its various uses in a sustainable manner.

Meanwhile, Heinrich Jessen in his keynote delivery said: "Over the years several of our Meet a Need projects have focused on marine ecosystems. We are delighted that in this International Year of the Reef another meaningful marine project could be identified. We could not have hoped for a more fitting project to cooperate on together with such formidable organisations as UMS and Sutera Harbour Resort."