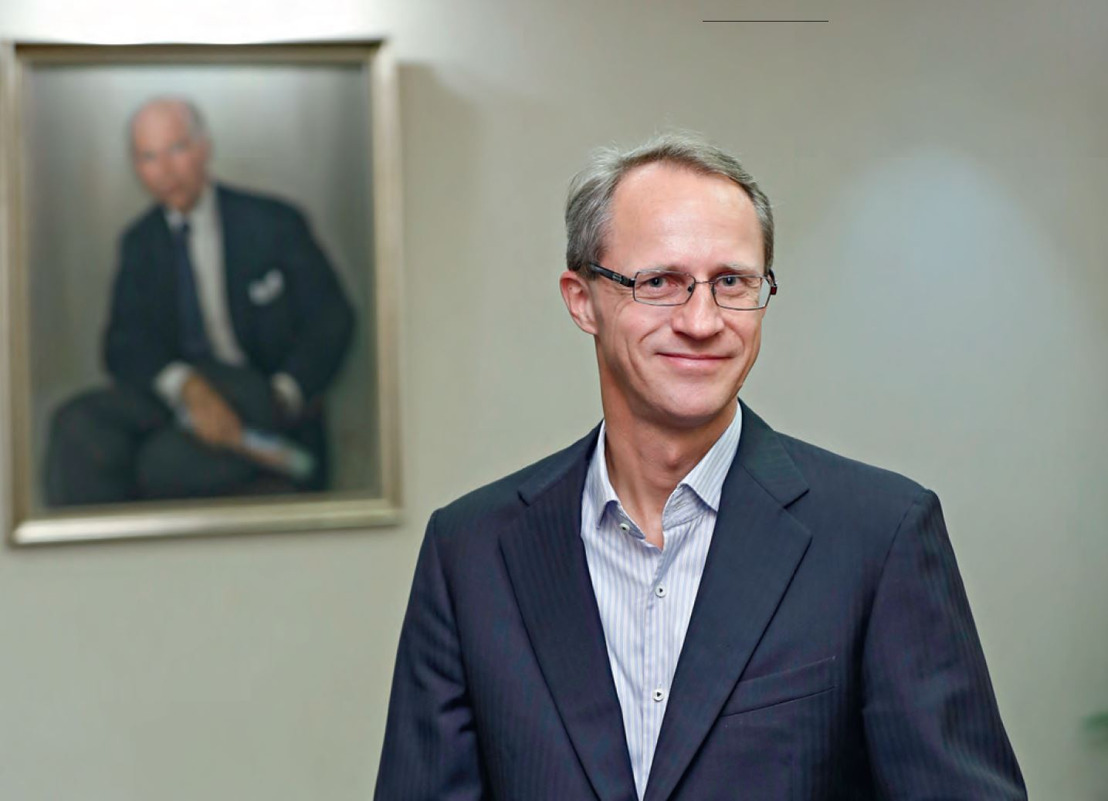 HEINRICH Jessen had decided as a youth that he did not want to join the family business, the storied Jebsen & Jessen Family Enterprise co-founded by his grandfather in 1895. The business was started by cousins Jacob Jebsen and Heinrich Jessen, who built a thriving trading operation, plying far- flung ports between Germany and China in clippers and steamships. Today, Jebsen & Jessen is a global conglomerate, and has expanded beyond trading into mining, manufacturing and engineering, among others. It employs over 7,000 and has a turnover of roughly three billion euros (S$4.8 billion).

The family has an unusual framework for succession: Children do not automatically inherit positions or shareholding. They must show that they are capable and willing. They must work in the business in order to have shareholding. And, to ensure equity, the shares must be purchased. But even with this framework, the weight of expectation lay heavy on Mr Jessen when he was young. “The expectation and hope that the children would take over were definitely there… When you’re a teen, you want to try things. I took the decision at that time – and it wasn’t to say, hold on, I want to do something else and then I’ll come back. It really was a decision that I didn’t want to be in the business. My father was very disappointed.”

He is the sixth of seven children. The older five had decided not to join the business.

MR JESSEN decided on a career as a tropical ecologist. It was while he was working in a Papua New Guinea rainforest as a research assistant that interest in the business was sparked while reading a book on the family. He realised that there was an environmental role for him, as the group’s manufacturing activities created a substantial environmental footprint.

“My father had begun the strategic move in the 1970s for the group to move up the value chain and pursue manufacturing and engineering. When I contemplated this in the mid-1990s, we had environmental risks and impacts. We were an industrial group, not just a trader.

“My conversation with my father was – since we do have an impact, should we not have an environmental programme? He was then smart enough to engage in that conversation.”

Mr Jessen was roped into his first management meeting to do a presentation. He decided to pursue a master’s degree in industrial environmental management, and joined the Jebsen & Jessen South East Asia as the environmental, health and safety officer in 1995.

“It was not just the environmental office I was joining. I think I was aware of that. It was a stepping stone. By that time I was willing and happy to take the challenge.”

Today, Mr Jessen is chairman of Jebsen & Jessen (SEA), one of six independent groups in the global family enterprise. While he has continued and intensified the trailblazing work of his late father Arwed Peter Jessen, who is credited with diversifying the business, he has himself carved new paths, encouraging more autonomy and entrepreneurialism, for instance, and further deepening the environmental commitment. Yet, he also continues a discipline of financial prudence, instilled by his father. The group is determinedly self-financed, eschewing third-party capital such as the initial public offer route.

“One of the key lessons from my father is to never spend beyond your means, and don’t rely on other people’s money. There was a case in the 1930s, a big investment in railroads in China in the previous generation. One of the partners decided to make a big bet. It sounded good, and it went horribly wrong. It relied on the generosity and forgiveness of a third party that we got out of it. We could have gone bankrupt.

“(The family) was prudent before that. But this punched the message home. Never play with other people’s money or beyond your means. That was seminal. We do make investments – sometimes very bold ones and some go horribly wrong. But they never kill the company. In any investment we make, we ask the question – if it goes completely wrong, what does it do to the rest of the group? If that’s a green light, we’re happy to go ahead.”

WITHIN the group, he encourages autonomy among businesses, which in turn fosters entrepreneurial thinking and behaviour. There are seven business units in Jebsen & Jessen SEA, including JJ- Lapp Cable which makes and distributes cables for automotive manufacturing; Jebsen & Jessen Ingredients which distributes specialty chemicals; and Jebsen & Jessen Packaging.

“The entrepreneurial spirit is partly historically driven, and it comes from a trading mentality. You need to fill your ship and go and sell what you have… Because we’re diversified we don’t pretend to know it all. We rely on the judgement of people who are specialists in the business units and countries we operate. That autonomy is very attractive to a certain type of manager. But the more corporate types are not attracted. The balance is that with the autonomy comes responsibility, and that includes the responsibility to communicate."

“We need trust, dialogue and relationship for it to work. We’ve had people who left us for a big career move, and then come back because they didn’t get the same autonomy to make decisions. I think it’s almost self-fulfilling; it’s a positive circle.”

THE group shuns the blame culture. “An investment decision often goes wrong. The ones you see now are the ones that went well. Part of the entrepreneurial culture is to make mistakes and accept that sometimes things go wrong. You may have made the proposal, and I asked questions, but together we made the decision to go ahead. We both have responsibility. This helps people to be willing to take risks, in the knowledge that the shareholders and management are behind them.”

Going forward, Mr Jessen aims to drive the group further up the value chain. An area of focus is Indonesia, South-east Asia’s most populous country. “We’ve been in Indonesia for a long time, but always in a small way. We’re putting a lot of emphasis there now.”

While the group is open to acquisitions, it has also single-mindedly reduced or cut its presence in certain non-core businesses over the past decade. “If we had this conversation 20 years ago, we’d be looking at a much more diverse portfolio. We started analysing where we were in our markets – in some we were among the top three, in others we were small and insignificant. We decided that either we had to grow the businesses to a meaningful position, or we get out.”

IN SOME cases, this meant selling profitable businesses where the group did not expect to become a “meaningful” player. “If you’re not number one, two or three, you don’t attract the best customers, the best technology partners or the best people, and you have a vicious negative cycle. Unless you have a special niche, you stagnate.” For instance, it sold its medical equipment distribution business in Malaysia and Thailand, but retained it in Myanmar where it had leadership position.

On the environment, the Jebsen Group in Greater China and Jebsen & Jessen SEA became carbon neutral in 2011. This commitment to carbon neutrality has now extended to the rest of the family enterprise with varying target dates for completion. He adds: “Where the economics makes sense we would like to reduce our footprint internally. Energy prices in many countries here are very low. To make an investment to reduce consumption, the investment is so big and the payback in so many years that it’s cheaper to offset. But energy prices are rising.”

In Vietnam, it is installing a biomass boiler to reduce the carbon footprint of its packaging business which uses coal.

BUT the group isn’t only about work. Mr Jessen himself spearheaded a corporate commitment to giving through a programme Meet a Need, which gives not just funds but also personal time and effort from staff. The programme supports non-profits which set out to meet social and/or environmental needs.

Every year, two projects are selected based on a tender process. Between 12 and 25 staffers get to go, and they commit half their annual leave. “Employees have to give something; it’s not a tourist thing. It’s blood, sweat and tears, whether it’s cleaning up a beach or helping an orphanage.”

The efforts have become a way for staff from diverse businesses and locations to mingle and nurture friendships. Meanwhile, Mr Jessen has a keen sense of stewardship. Wealth, he says, is not an end in itself. “Wealth means the ability to ensure the continuation of the company and the business. While it is never an end in itself, the pursuit of wealth is important to fund growth and to help survive bad times.” On a personal note, he says: “Wealth is health and the ability to fund what you need for a meaningful life.”

To date, the group has defied the oft-repeated trope that family businesses and wealth do not last beyond the third generation. Says Mr Jessen: “We’re just starting to engage the next generation. There are two criteria – willingness and capability. It only works when both are present. We’re just starting the process, a little late. My children are young, but there are others who are ready age- wise. There is also a little luck that comes in. So far we’ve had that luck with us. Will we have it in the future? You never quite know.”

There is a mechanism in the family governance structure where a non-family leadership council may take over for a generation, in the situation of an untimely death or if no family member steps up to lead the business.

He says the family’s succession structure is one that is unusual even in Europe. “It has served us well, but every model has its pros and cons. What is important is to have rules, which must be well communicated. The rules were very clear for us when we grew up and we also just had a seminar for the next generation to tell them about the rules. “And you have to stick by the rules. Don’t bend them and say – this is my favourite son or daughter. It’s almost not so important what the rules are as long as you follow them, which we have done.”

An industrial enterprise, our business spans manufacturing, engineering, and distribution. Since 1963 we have worked in partnerships with global market leaders, facilitating and capitalising on opportunities throughout South East Asia. Our core business units include: Cable Technology, Ingredients, Life Sciences, Packaging and Technology. Through our more than 50 subsidiaries and associate companies we employ over 4,400 people.

Jebsen & Jessen Group form part of a global family enterprise that dates back to a trading partnership formed in Hong Kong in 1895. Beyond the region we are closely connected to a network of sister companies in Australia, Europe and Greater China.